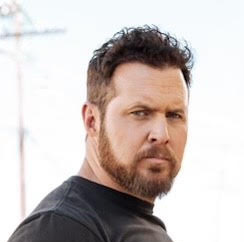 Over the course of his career, AJ Buckley has appeared in over 30 feature films and television series. He currently stars as Sonny Quinn in CBS’ hit series “Seal Team,” which just aired its sixth season on Paramount+. Last year he filmed the two-man feature BARK, opposite Michael Weston, and independent feature, “Laroy,” opposite Dylan Baker. He is perhaps also known to global audiences for his role as scientist Adam Ross on the long-running series “CSI: NY,” on the Network, in addition to romantic sociopath Danny Crowe in “Justified” and a misfit cop in the critically acclaimed CBC drama series “Pure,” which debuted in the US in Jan. 2019.

Other notable television credits include the Netflix original series “Narcos,”
“Murder in the First,” “Motive,” “Blue Bloods,” “The Mentalist,” “Supernatural” and “Longmire.”

Born in Ireland, Buckley immigrated to Canada at the age of 6. He spent his
teenage years in British Columbia, where he began his acting career guest starring on shows such as “The X-Files.” It was after his breakout role in the film “Disturbing Behavior” that acclaimed director David Nutter suggested he move to Los Angeles.

While working in film and television is one of Buckley’s greatest passions, he is also a thriving entrepreneur armed with a handful of successful ventures. He is the co-founder of Paperclip, an innovative line of high end diaper bags designed for modern parenthood. Their mission is to develop thoughtful, stylish and environmentally-conscious products for parents. The idea was first born while Buckley was changing his daughter’s diaper in the men’s room and noticed the need for a better changing table system.

Buckley is also a restauranteur and a partner in The Pipeline Poké House in Fort Lauderdale, Fla. His most recent venture includes being a partner in a juice company called Juiced Up, featuring high quality wellness shots.

Currently, Buckley resides in South Carolina with his wife, Abby, and their three children. In his spare time, he enjoys keeping fit, boxing, motorsports, watching UFC, healthy eating, and traveling the globe in search of thrilling new experiences.

Join a Community with Over
a Million People